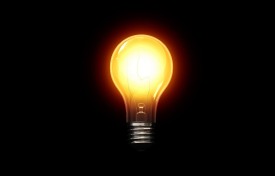 Thomas Friedman has won 3 Pulitzer Prizes for his journalism. He’s written 7 New York Times bestselling books, won numerous book awards, and his New York Times column is one of the most read in the English speaking world.

Friedman’s most recent best selling book is called Thank You for Being Late: An Optimists Guide to Thriving in the Age of Accelerations. The book is excellent and I highly recommend it. But for this post, I want to focus on a small section of the book where Friedman discusses the writing process. As a scribbler, I found this section especially interesting and I think you will too.

In the beginning of Thank You for Being Late, Friedman tells us about his chance meeting with Bojia, an Ethiopian gentlemen who worked at a parking garage in Bethesda, Maryland. Bojia happens to read Friedman’s column, and he also happens to have a blog about political and economic issues in Ethiopia. As part of a deal with Bojia, Friedman agrees to help Bojia manage his blog. The help comes in the form of two memos to Bojia in which Friedman describes how one goes about constructing a column (or blog post) and about what makes a column “work.”

Here is Friedman describing the advice he gave to Bojia:

When you are a columnist, or a blogger in Bojia’s case, your purpose is to influence or provoke a reaction and not just to inform—to argue for a certain perspective so compellingly that you persuade your readers to think or feel differently or more strongly or afresh about an issue.

That is why, I explained to Bojia, as a columnist, “I am either in the heating business or the lighting business.” Every column or blog has to either turn on a lightbulb in your reader’s head—illuminate an issue in a way that will inspire them to look at it anew—or stoke an emotion in your reader’s heart that prompts them to feel or act more intensely or differently about an issue. The ideal column does both.

But how do you go about generating heat or light? Where do opinions come from? I am sure every opinion writer would offer a different answer. My short one is that a column idea can spring from anywhere: a newspaper headline that strikes you as odd, a simple gesture by a stranger, the moving speech of a leader, the naive question of a child, the cruelty of a school shooter, the wrenching tale of a refugee. Everything and anything is raw fodder for creating heat or light. It all depends on the connections you make and insights you surface to buttress your opinion.

More broadly speaking though, I told Bohia, column writing is an act of chemistry—precisely because you must conjure it up yourself. A column doesn’t write itself the way a breaking news story does. A column has to be created.

The act of chemistry usually involves mixing three basic ingredients: your own values, priorities, and aspirations; how you think the biggest forces, the world’s biggest gears and pulley’s, are shaping events; and what you’ve learned about people and culture—how they react or don’t—when the big forces impact them.

When I say your own values, priorities, and aspirations, I mean the things that you care about most and aspire to see implemented most intensely. That value set helps you determine what is important and worth opining about, as well as what you will say. It is okay to change your mind as an opinion writer; what is not okay is to have no mind—to stand for nothing, or for everything, or only for easy and safe things. An opinion writer has to emerge from some framework of values that shapes his or her thinking about what should be supported or opposed. Are you a capitalist, a communist, a libertarian, a Keynesian, a conservative, a liberal, a neocon, or a Marxist?

When I refer to the world’s big gears and pulleys, I am talking about what I call “the Machine.” . . . To be an opinion writer, you also always need to be carrying around a working hypothesis of how you think the Machine works—because your basic goal is to take your values and push the Machine in their direction. If you don’t have a theory about how the Machine works, you’ll either push it in a direction that doesn’t accord with your beliefs or you won’t move it at all.

And when I say people and culture, I mean how different peoples and cultures are affected by the Machine when it moves and how they, in turn, affect the Machine when they react. Ultimately columns are about people—the crazy things they say, do, hate, and hope for. . . .

I argued to Bojia that the most effect columns emerge from mixing and rubbing these three ingredients together: you can’t be an effective opinion writer without a set of values that informs what you’re advocating. . . . You also can’t have an effective column without some “take” on the biggest forces shaping the world in which we live and how to influence them. . . . [It] is very difficult to persuade people to do something if you can’t connect the dots for them in a convincing way—why this action will produce this result, because this is how the gears and pulleys of the Machine work. And, finally, I told Bojia, you’ll never have an opinion column that works unless it is inspired and informed by real people. It can’t just be the advocacy of abstract principles.

When you put your value set together with your analysis of how the Machine works and your understanding of how it is affecting people and culture in different contexts, you have a worldview that you can then apply to all kinds of situation to produce your opinions. Just as a data scientist needs an algorithm to cut through all the unstructured data and all the noise to see the relevant patterns, an opinion writer needs a worldview to create heat and light.

I read this section of Friedman’s book over and over again because it’s a nicely articulated description of what goes into making a good columnist, writer, or blogger. As you can see from this post I took note! It definitely caused me to rethink my own writing and what goes into my opinions. If you’re opining, and that’s what most scribblers do, then here you have the secret chemistry spelled out for you by one of the very best.

One thought on “Heat and Light: Thomas Friedman on Opinion Writing”

Every word that you write is a blow that smites the devil. — Saint Bernard of Clairvaux